Our contribute for the 2014 Rails Rumble can be found at riffshounds.olisti.co and you can vote us here. 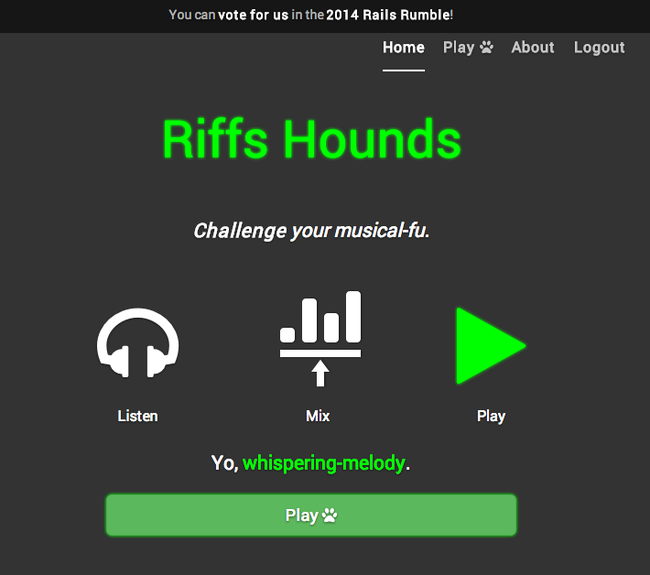 What have we done? #

These are the main parts of our little game.

This is The tutorial, we liked the idea of the Mortal Kombat’s ladder and named our levels as the difficulty tiers of Quake <3

The purpose of the ladder is to help you train your ears incrementally. 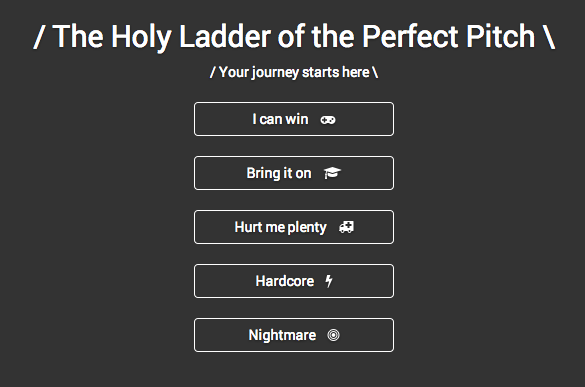 This naughty dog is the core element of the platform.

Riffs Hounds challenge you, the Hound, to catch the riffs.

The reference Riff (also called The Rifference ;-)) can be played and your purpose is to reproduce it by inserting sounds in the tracks.

Every Riff can be composed by several tracks, each one involving an Instrument.

On the vertical axis of the track there are the different tonalities allowed for that instrument in that track.

On the horizontal axis there are the time slots.

When you play your version of the Riff, the Composer tests if it’s equal to the reference Riff. 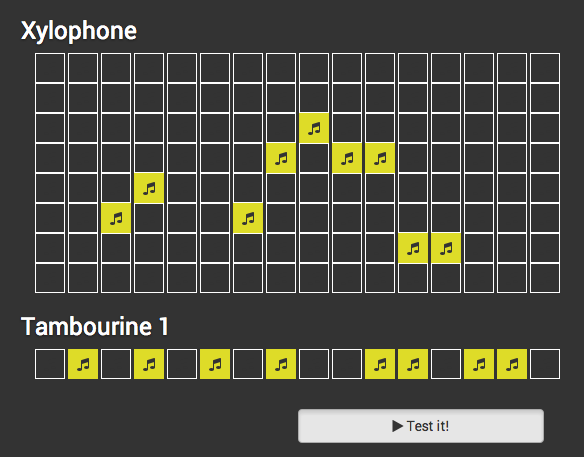 We tried our best but several cool features couldn’t be fitted into the hackathon time frame, for example the ones involving multiplayer games.